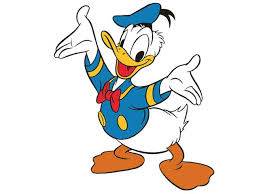 From February 16th to June 16th 2019, Marte Mediateca, the cultural pole of Cava de ‘Tirreni, in the province of Salerno, opens its doors to “Quattro volte PAPERINO”, the exhibition that pays homage to one of the most iconic faces of the international comic strip.

The duck with the sailor’s coat is, in fact, by far the favorite character of the readers of the weekly “Topolino” according to a survey carried out some time ago on the occasion of the release of the number 3000.

Organized by the cultural association “C’è Cultura su Marte” in collaboration with the Fondazione Franco Fossati and the WOW Spazio Fumetto museum in Milan, and in partnership with CAVACON, the exhibition counts on original books, boards and transparencies, panels with the most significant stories, insights and memorabilia, which come from the archive of the Milanese foundation and from numerous collections.

The exhibition, which reconstructs the career of Donald Duck, tells, through four moments, all the souls of this character so loved by the general public: Donald classic (the choleric duck, lazy, but also generous, we all know) to get to Paperinik (the heroic defender of the city of Duckburg), PK (the superhero version of Paperinik), and finally DoubleDuck (intrepid secret agent).

Four alter egos of the nice duck who have conquered the imaginary of three generations, from that distant 1934 in which the character presented himself to the public for the first time in our day.

A final section, the fifth, will be dedicated to Disney characters in Italy, a country that has played an important role since its inception. 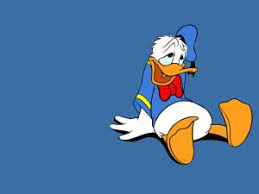 The “Topolino” headboard comes out at Christmas 1932 with drawings by Italian authors.

A short time later the American stories began to arrive, published a short distance from the original release.

The real gem of the exhibition are the original acetates designed by Romano Scarpa in the eighties, used for the famous Disney Walk.

During the period of the exhibition there will be events, meetings with authors and presentations, which will allow fans to deepen their knowledge of Donald Duck.

With this in mind, Cavacon Comics & Games announces that there will be many activities promoted by the Association that will enrich the offer of Four times Donald with games meetings, master classes on comics and cosplay events.

The partnership will end with the CAVACON 2019 (http://www.cavacon.it/) edition for the Disney-themed event, scheduled from June 14th to 16th 2019, again at the Marte.

The Tree of … Ideas (designed for children aged 3 to 19 years) (http://www.marteonline.com/vivi-il-marte/area-educational/ (https://www.facebook.com/lalberodelle.idee.3/) aimed at introducing students and enthusiasts into a world in which music, image coexist , cinema and fantasy.

In order to promote the knowledge of the character and the works on show through an immediate, unconventional and playful approach, there will also be snacks with a path to the exhibition and workshop for the children and guided theatrical tours for the whole family. 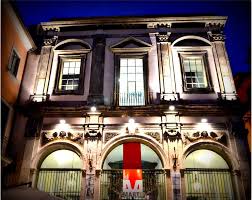